Two new members (Janet Bianchi and Ellie Barker) joined us this month. Our speaker was Dr Colin Ashpole from Clipsham, who spoke about his experience of being a racehorse owner. His talk was very amusing and enlightening to those of us that know nothing of the Racing world. He was brought up in a farming family with working horses, but was always keen on racing, being influenced by Lester Piggott, the most celebrated jockey of the time. His ambition was to visit every racecourse in the coun-try (there are sixty). He relocated to Rutland in 1973 to work at well-known manufacturer of pet foods, and eventually reached a sufficiently senior level to allow him to indulge his hobby. A period living in Italy (and going to the races there) convinced him of the superiority of British Rac-ing, which always puts the horses first. His first horse (Cicerone) never won a race, sustaining a fractured hip just before his first race, having been trained by Jimmy Harris at Waltham on the Wolds. There was bet-ter luck with his second horse, Sudest, who had several wins. There was much excitement when we were shown a video of his first win at South-well, when he raced through the field from the back. He won twice more at Leicester and Ripon but sadly severed a tendon racing at Kemptom and never raced again. Dr Ashwell’s talk gave us a real flavour of the thrill of the racecourse, as well as the eye watering expense involved in being an owner. Several ladies had questions and we all felt we had learnt a lot about the sport.

During the business part of the meeting it was announced that our team have reached the final of the Skittles competition, to be played at Syston. Several members will attend the Annual Council Meeting of Leics & Rut-land WI in April. It was reported that the Soup and Sweets lunch was a great success- the raffle proceeds of £152 were presented to Pat Evans to go towards the refurbishment of the Community Centre kitchen. It is hoped that a group of members will visit Curve in Leicester in March to see “What the Butler Saw by Joe Orton.”

The meeting closed with an informal quiz reviewing events of 2016 pro-vided by Helen McGarrigle. Next month’s meeting will be held on Monday 13th and will feature a talk on the life and works of Agatha Christie 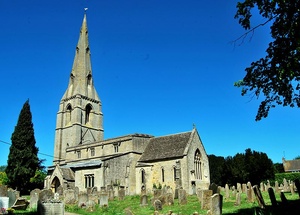 A survey of reptiles in Leicestershire and Rutland is in progress.

Why Do We Need To Know About Reptiles?
They are one of the most fascinating groups of animals, but unfortunately also one of the most threatened. Reptile numbers have declined tremendously in recent years, due to loss or neglect of their habitats and to persecution, so now all our reptiles are given legal protection. The Leicester, Leicestershire and Rutland Biodiversity Action Plan recognised that we need to know more about our reptiles – are they really rare, or are they just elusive? This survey aims to fill some of the gaps in our knowledge.

Reptiles start to come out of hibernation in March/April. 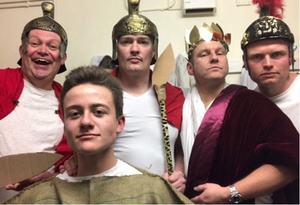 A great time was had by all at the village's family friendly New Year's Party at the Community Centre! In time honoured tradition it was a caba- ret style variety show, with a packed programme of great local acts who all readily volunteered their time and talents for the evening. The acts included three great live bands (The Manky Beds, The Super-group, and WYSIWYG); a Maori-style Hakka sketch by the Three Greetham Geor- dies; stand-up comedy from 'Greetham's So-called Funny-man' - Tom De Vries; a 70s disco dance show by The Love Trains; smooth Sinatra-style tunes from hosts Ruth and Roly, with Bernie Gamble on the keyboard; Monty Python-esque sketches from 'The Wapscallions'; a mysterious

package in 'The Box'; and pounding musical vibes from DJ Paolo's Disco Shack. The Children's Play Area Group ran a quality raffle. All proceeds went to local fundraising efforts including the Roger Begy Memorial Trust to support educational needs in Rutland, the Greetham Original Drama Pro- ject, and the Children's Play Area Project. Many thanks to everyone in- volved in this successful and fun night that heralded 2017 in true Greetham style! Best wishes, from the Committee (Roly and Debbie Easson, and Paul Bland). 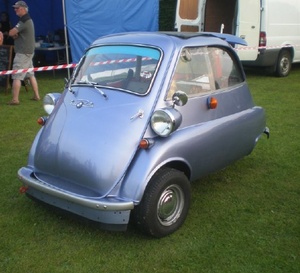 The final Gathering of 2016 took place on September 15th. This was the earliest date in September that it could take place on (i.e. the 3rd Thursday of the month) and at this time of year dusk occurs around 7:30pm. That, you would think, would be a reason not to turn up at the Gathering – especially if you have travelled a fair distance. However, the weather on the day was just perfect; warm, dry and mainly sunny, and it’s the weather that has the biggest impact on our turnout.
Whilst not the best attended yet, it certainly was the best “last” Gathering of the 3 years we’ve been running it with more than double the numbers from our September 2014 Gathering and at least 50%
more than last year.
That’s brilliant, and we thank all of you who have come and supported us, and, we hope, enjoyed the experience.
Again, we remain surprised at how many vehicles turn up that have not been before. In the car paddock we had about 100 classics. These in- cluded Jaguars, Citroens, Austins, Rovers, Fiats, Porches, Audis, Tri- umphs, Morris, Aston Martin, Mini, Mercedes, Maserati, TVR, Alpha Ro- meo and others. Also in attendance was a monster wheel Chevrolet truck, a replica Isetta-BMW bubble car (with 4 cylinder Honda 250cc bike engine in it!), our growing collection of VW Camper vans, a Ford Dexta tractor and our local London Routemaster bus!
In the bike paddock we had about 18 classics in the 50 bikes that made an appearance. Included there were a trio of Velocette singles, various BSA twins, a rare (rescued from a shed) Honda C70 cub, a beautiful Yamaha FS1E 50cc moped (these used to be everywhere when kids were learners on mopeds), a Suzuki, Morini, Guzzi, several Hondas (including a rare 1000cc 6 cylinder CBX), an AJS 33CSR (with Norton Atlas engine and cycle parts) and a beautiful early 1960’s Triumph Thun- derbird.
Thanks as always must go to all who attended, whether showing a vehi- cle or not. Also to Andy and crew for the fine food he prepares; to Anne and team for the bar (which did a great job); to Maureen and Carol for the cakes and coffee, to Julie for selling raffle tickets, to Debbie, Sue and Pippa on the gate, to Brian for helping marshalling and to all the support- ers who lend a hand as and when. Also, thanks to Beanie at the Plough for donating a raffle prize, and belated thanks to Scott at the Wheatsheaf and Sandy Begy for each also donating a prize at the previous Gathering (Sorry – I didn’t know until too late last month).
Pictures from this Gathering will be posted on the Gathering website (www.GreethamGathering.co.uk) in the coming days. We shall only post the rarer ones this time as we may soon run out of web space. We plan to hold the Gatherings again in 2017 on the 3rd Thursdays of May to Septem- ber, but will keep you all informed of any changes or news. We shall also be making our annual donation to the local Air Ambulance in the coming months (once we have done our sums) and we will keep you posted on that.